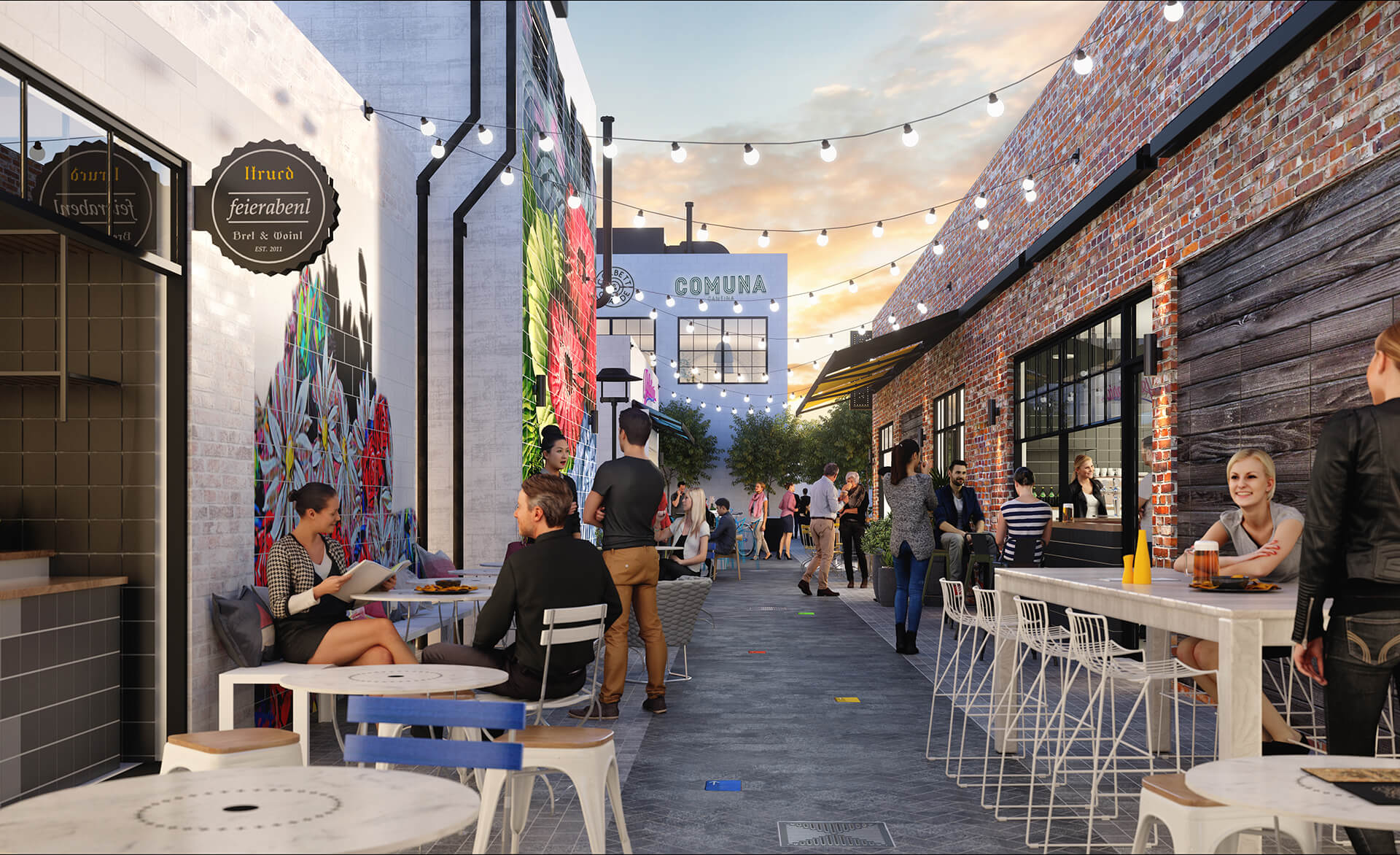 Rocking the suburbs – Everton Plaza’s Park Lane celebrates the opening of its first wave of retailers
A considerable stir was caused across Brisbane’s northern suburbs when Everton Plaza initially announced plans for a brand-new addition to its dining and shopping hub and now, after a year of waiting, the first retailers of the anticipated Park Lane precinct are opening to the public. Complementing the existing Everton Plaza retail portion (anchored by Coles and many existing long-term tenants), the new retail village features many of the area’s original elements. COMUNiTI (formerly known as MARSDEN Collective) has overseen the design, accentuating the area’s original architectural facade with contemporary touches. The resulting precinct is shaping up to be an impressive blend of old and new, with Park Lane’s first wave of retailers looking to set the standard for what is still to come.

As is only fitting for a roost for early birds, popular espresso bar and cafe outlet Stellarossa has actually been operating since late April. The first of Everton Plaza’s new arrivals to open, Stellarossa is catering to the precinct’s need for a quality coffee and breakfast haunt. Operated by northside local Anna Edwards, her husband Nathan and son Henry, Stellarossa Everton Park is pairing personable service with the brand’s well honed array of food and drink to create a perennially welcoming pit-stop. The corner eatery has been kitted out with a modern aesthetic, with a new-look design and branding scheme drawing the eye, alongside a sizeable outdoor dining space that is covered from the elements, but is still equipped to catch flowing breezes and the precinct’s bustling atmosphere.

A quick glance at our list of Brisbane’s best American-inspired eats reveals that 5 Boroughs ranks highly in our books. Everton Park locals wishing the concept would bring the flavours of New York City to their part of town can now rejoice – 5 Boroughs is spearheading the first wave of openings for Everton Plaza’s Park Lane addition. 5 Boroughs owners Todd and Marissa Clayton initially signed on for the project three years ago, enamoured with the idea of blending heritage and modernity, while also looking to capitalise on the demand for quality options from Everton Park’s discerning diners. Each of Todd and Marissa’s established 5 Boroughs locations (of which there are now five) have been designed to fit the ambience of the area, and for the Park Lane iteration the duo has drawn inspiration from two iconic New York areas – the grungy laneway cool of Brooklyn and the juxtaposition of new and old found in Manhattan’s Meatpacking District.
These influences have manifested in the eatery’s red-brick walls, vintage subway tiling, glass pendant lights, timber panelling and open kitchen, with several television screens giving 5 Boroughs Everton Park a fun sports-bar feel. Todd and Marissa envision the restaurant catering to the area’s various needs – a reliable hangout where the service is top-notch, but the atmosphere remains relaxed and lively. The menu features the brand’s familiar and bang on interpretations of New York cuisine, but new additions such as the cheesy farm-egg fries, wings with a liberal lather of Frank’s hot sauce, fish tacos, juicy steaks and the must-try specialty burger (named here as ‘Arguably The Best Cheeseburger in New York’, inspired by Au Cheval’s famous meaty morsel), add plenty of incentive to come back again and again. The bar boasts eight taps pouring international and local drops alongside a strong clutch of cocktails, wines and bottomless homemade iced tea or lemonade.

Opening to the public on Saturday June 22, Neighbourhood Market Co. will be positioning itself as the produce-driven cornerstone of Everton Plaza’s new wave of hospitality. Neighbourhood Market Co.’s owners – Michael and Peter Michaelides – have grown up around (and worked across) family-owned fruit-and-vegetable shops alongside their father Costa and mother Emily, and will be looking to maintain the community-focused atmosphere of the grocers of their childhood, but with touches that elevate the experience.

The brothers hope to transform the casual shopping trip into a culinary journey, supplementing Neighbourhood Market Co.’s selection of quality fruit and veg with mouthwatering charcuterie and cheeses from the European delicatessen, fresh breads, an impressive selection of spices, Pukka Tea and much more to be revealed this weekend.

In addition to the hospitality arrivals, Park Lane is now home to LaDiva Nails & Beauty.
The following months will see more openings at Park Lane, including Corbett & Claude, Comuna Cantina and Sweeties Cakes, Pies and Patisserie.