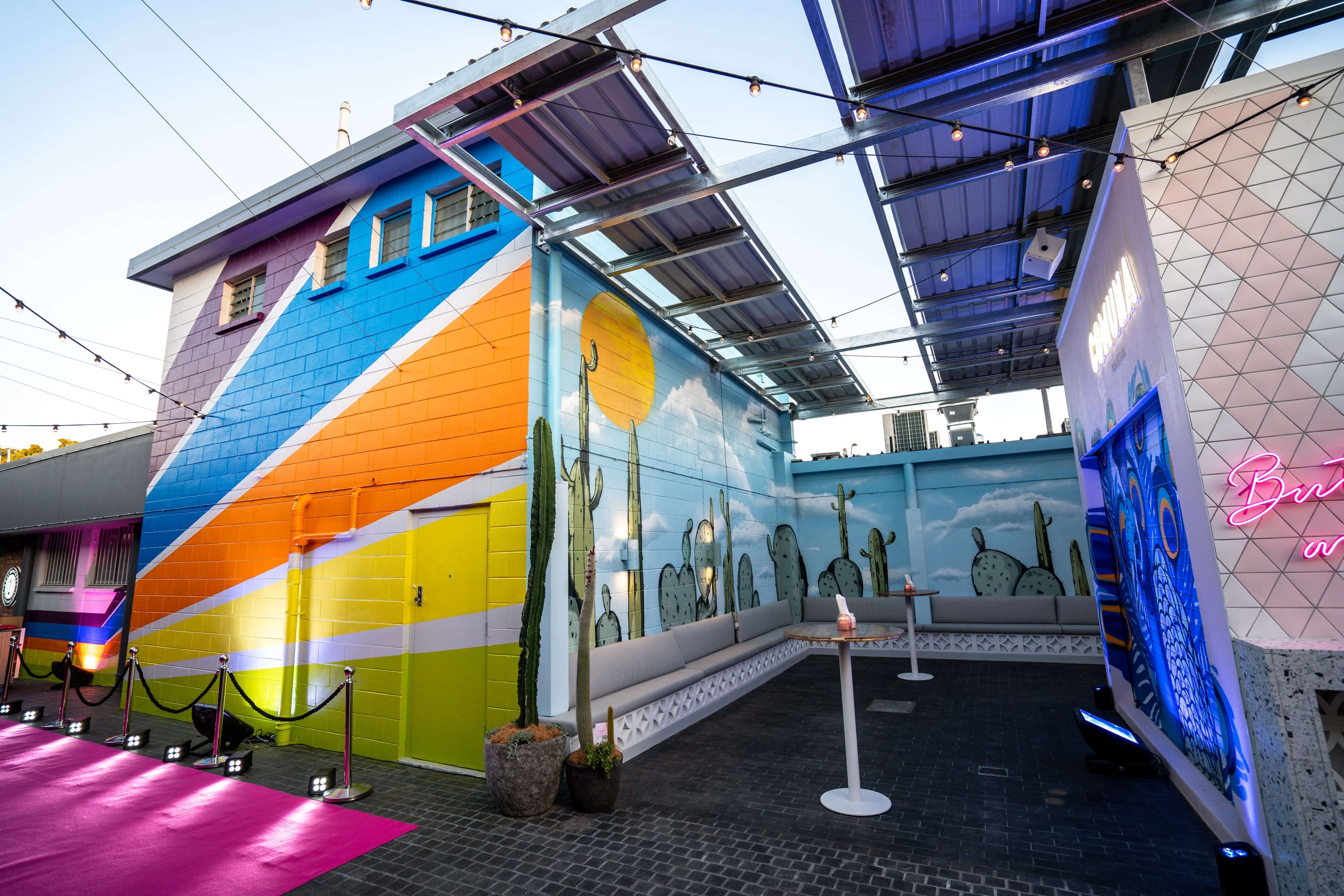 It’s been more than 18 months in the making, but the wait is nearly over for the opening of
the new marquee restaurants at the revitalised Everton Plaza, in Brisbane’s north.
From restaurateur Tim Johnson comes his combined Corbett & Claude and Comuna Cantina
eateries in the shopping centre’s former Commonwealth Bank building, as well as an exciting
new rooftop bar and coffee concept.
Comuna Cantina will connect the two sides of the plaza with a central outdoor kiosk bar
opening onto 120 seats and a huge 10m TV screen to play major sporting events and movies,
all covered with a retractable roof.
The Latin street food-cum-Mexican eatery will turn out its favourite tacos, burritos and
nachos, alongside a new range of share plates and bowls, such as a Mexican curry.
Meanwhile, eight beer taps and two cocktail stations will keep diners hydrated.
Next door, will be Johnson’s popular Italian restaurant Corbett & Claude – this time a 120-
seater with five private dining spaces seating up to 16. At the heart of it will be a central open
kitchen, with the hero piece a gas-powered pizza oven imported from Italy that can turn out
crusts in just 60 seconds.
“Everyone in the city loves how interactive the bar is in the centre, so we wanted to do that
with the kitchen,” Johnson says, with pasta, antipasti and salads also on the menu.
But it’s the 100-seater rooftop bar that’s expected to be the star of the show, with a decor
channelling the Amalfi coast. “There’ll be white timber with orange umbrellas like Positano,”
Johnson says.
Tim Johnson at the yet-unfinished Everton Plaza, which will soon house his exciting new
dining and drinking concept. Picture: Claudia Baxter/AAP
Drinks will include 12 cocktails focusing on lighter summery-style blends and spritzes, 20
wines, and 12 beers on tap, such as Stone & Wood, Balter and Green Beacon, alongside a
large variety of imported bottled beers.
The new restaurants will coincide with the launch of a new paid membership subscription for
Corbett & Claude and Cantina customers, with special deals available across three price
points. Also exciting will be a new app, which will allow customers to order food and drinks
through their phones direct to their tables, eliminating the need to get up and face annoying
split bills.
Comuna Cantina will be the first to open on August 1, joining existing Everton Plaza venues
5 Boroughs, Stellarossa and Neighbourhood Market Co, which have just opened. While
Corbett & Claude and the rooftop bar are set to open in October, with construction issues
behind the delays.