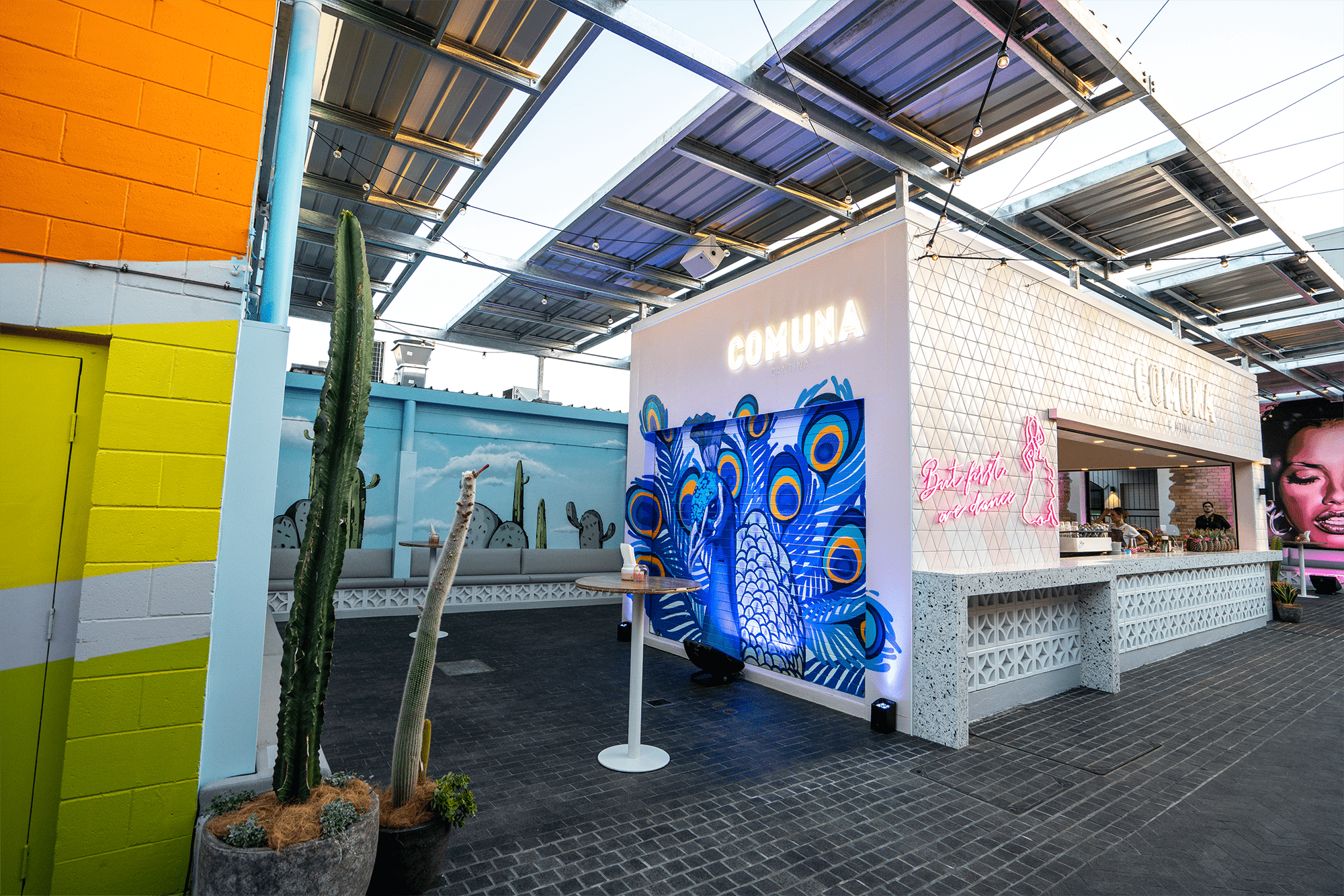 Brisbane entrepreneur Tim Johnson (pictured) has announced the launch date for the first of three venue openings he has on the cards at the new Everton Plaza Park Lane food precinct.

Inspired by multiple cultures across Latin America, Comuna Cantina is designed for grazing over good food and sipping delicious cocktails.

Johnson says the idea to bring the dining hotspot to the city’s northern suburb of Everton Park arose two years ago when customer demand grew too strong to ignore.

“We realised we were getting lots of requests coming from our customers at our city venues,” says Johnson, who is a finalist in the upcoming Brisbane Young Entrepreneur Awards.

“We came across the great location and realised it was the perfect opportunity to bring Comuna to an area that has been asking for it for a long time now. We’re super excited to see how we are received and can’t wait to be a part of the local community.

“We’ve poured our heart and soul into developing Comuna Cantina into what it is today, and we can’t wait to show northsiders the variety and vibrancy of Latin culture, in a fit-out never seen before.”

The restaurant couldn’t claim to be Latin American if it closed early, so it will also stay open from 11am to 11pm every day of the week.

In December the restaurateur then plans to open an adjacent Corbett & Claude at Everton Plaza as well as the Tetto Rooftop Bar.

These venues will add to others for the plaza including Manhattan-style street food from 5 Boroughs, café Stellarossa and fruit & veg store Neighbourhood Market Co, incidentally across the road from 24/7 fresh produce icon Charlie’s Fruit Market.

The move comes after Johnson divested two Comuna Cantina outlets in Indooroopilly in Brisbane and Pacific Fair on the Gold Coast in FY19, but in ongoing stores he says there has been “huge” growth.

“Those are from the lessons we’ve learned with Pac Fair and Indooroopilly. We want to create our own destiny and environment, learning a lot more about who our customers are and how they want to interact,” he says.

Johnson notes how the venues at Pacific Fair and Indooroopilly were set up made business vulnerable to the weather.

“Because we grew really quickly we skimmed the surface on some things. It was the weather – Pac Fair was completely outside, and as soon as the weather gets bad you don’t realise it becomes a massive wind tunnel,” he says.

“Indooroopilly was the same. We had a lot of sun and wind and rain coming in. it was a massive learning curve. You can’t really rely on outdoor dining.

“We did the whole process of analysing our brand, ,mystery shoppers, group interview sessions and online reviews. It was about six months of research and from that we completely reworked the brand.”

“We are getting almost 100 people a week signing up,” he says.

“We are also just about to launch our own coffee brand – more for the coffee brand and less for the barista. However you like it is how we will make it, no coffee snobbery.”

He adds the business model at his restaurants and bars is all about creating a place where people like to be, whether it’s from a cultural perspective, in a team or as a customer experience.

“The benefit of all the work we’re doing is growing 20 per cent week on week.”